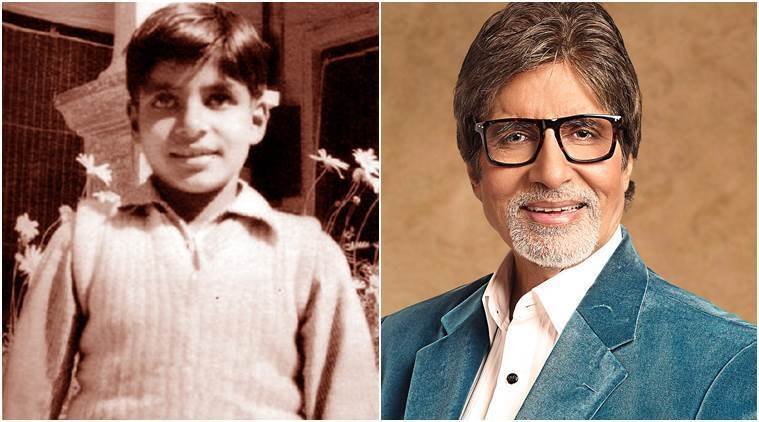 Amitabh Bachchan biography is no less than a theory of life. Amitabh Bachchan’s real name is Amitabh Harivansh Rai Shrivastav. He was born on 11 October 1942 in Allahabad, Uttar Pradesh, India. Bachchan went to Janana Promidini, Boys High School and afterward Sherwood College, Nainital. After 10th he entered in Kirori Mal College, New Delhi. During his college days, he was a good athlete and won 100 200 and 400-meter race and also the winner of the Boxing Championship.

When Bachchan was young he wanted to become an engineer and was keen to join the Indian Air Force.  After taking the degree ‘Bachelor of Arts’ he went to Calcutta and became a freight broker. Bachchan’s father’s name is Dr. Harivansh Rai Bachchan known as renowned Hindi Poet and mother Teji Bachchan a Sikh Socialite.

After working a few years in Calcutta Bachchan was ready to take a step forward in Bollywood. So he decided to move to Bombay. He makes his first debut in 1969, from the movie Saat Hindustani. This movie doesn’t buzz at the box office but he kept trying to influence the directors of the film industry. In a short time, many offers started for him in Bollywood.

Early 1970’s Bachchan got a film Zanzeer and this movie collected lots of popularity among the audience. His action pack role in Zanzeer and a series of successful Hindi feature movie makes him an “angry young man” of audience. Amitabh highlighting role in Zanzeer was especially for launching him as a celebrity in action-movie-hero.

Such flicks like Laawaris, Coolie, Naseeb, Silsila, Sharabi, and Jadugar gave him lots of fan’s love. These movies led him to multiple Fanfare Awards. From the 1970s to the 80s, heroic Bachchan continuously makes more than 100 films. He grabs the opportunity to work with the most honored directors such as Prakash Mehra. He also became as outshine on the silver screen with Trishul, Sholay, and Chasme Buddor. In addition, to acting, many times his role required him to sing. Once he was also known for his “Baritone Voice” in All In India radio.

On 26 July 1982 while shooting the movie Coolie at the university campus, Bangalore he had a near-fatal injury. Fans prayed heartily for his recovery. Amitabh Bachchan biography would inspire you to be a great person. He also announced clinically dead for 11 minutes as per the doctors. And till the time doctors inclined the adrenaline injections in his chest for saving his life. Bachchan sustains the accident and it led to change his career path. In 1984, he took a break from his Bollywood stardom and entered politics to support his friend Rajiv Gandhi.

He fights the election against H.N. Bahuguna for the Allahabad seat in the 8th Lok Sabha election. And won with the highest vote margin in history by 68%2 of the vote. His political time period is very short-lived. And he resigned in 3 years because of some unexpected controversy.

In the 1990s the media and public attention of Bachchan started fading. After the flop film Insaniyat in 1994. He decided to start his own entertainment production company, Amitabh Bachchan Corporation Limited (ABCL). This decision put him back in the headlines and he makes himself the CEO of ABCL. ABCL was the main sponsor of Miss World Beauty Pageant at Bangalore. But the company loses millions in this project.

Come Back in Bollywood

In 1997 with the film Mrityudaata produced by ABCL he returned to the silver screen. By the game show of television who wants to be a Millionaire (KAUN BANEGA CRORPATI), his career revived and he started hosting the show. Bachchan’s career scaled and he takes his career at height in spite of some failures of box-office in the 1990s. In 2000 he come up to stardom as a film actor. For his work in films Baghban (2003), Khakee (2004), Paa (2009 given him additional Film fare and International Film Award nominations. The role he plays with so much of grace and perfection I think a biography on Amitabh Bachchan should be an addon to listeners and their die-hard fan.

if we talk about Amitabh Bachchan family then Bachchan had affairs with the Bollywood actresses named Parveen Bobby and Rekha. But he got married to his co-star Jaya Bhaduri in 1973. They have two children, Shweta Bachchan who was married to the industrialist Nikhil Nanda and Abhishek Bachchan, an Indian actor married to the actress Aishwarya Rai Bachchan. Bachchan’s mother was interested in featured film and even she got offered but she rejected and gives priority to her domestic work. Adding in Amitabh Bachchan biography his real surname is Srivastava but his father replaced it because (Bachchan’s father) was against the caste system in India. Along with an actor or a father, Amitabh Bachchan contributed his time to charitable work.

Also Read: Unseen Pics of Bollywood Stars Have You Seen These?

Above all, Amitabh Bachchan name was taken in the “Bofors scandal” but after the result of the court, he was given a clean-chit. Bachchan was charged fraud for submitting the false document to prove that he was a Farmer. Stardust ordered a ban of 15 years on his social media account. According to his blog, he wants to import the idea of National Emergency. And ban on media and it also creates lots of controversy in the political field. So this Amitabh Bachchan biography can give any new actor a motivation to build his identity in the Bollywood industry.