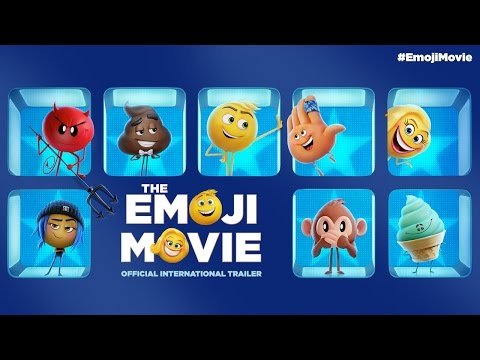 If you are an avid chat aficionado than anticipating them in moving colors and talking and wise-cracking may have been something to look forward to. However, The Emoji Movie Review is ‘The Emoji Movie’ surprisingly fails to impress despite having a pseudo-coherent plot.

‘Emoji Movie Release’ borrows elements of classic animation flicks by having celebrities voice the characters, add a certain amount of eccentricity to an already eccentric paradigm, etc. In this case, the paradigm is the city of ‘Textopolis’, where all the emojis reside and are at the beck and call of a high school- goer, Alex. ‘The Emoji Movie’ takes odd jobs at the human lifestyle by depicting group-isms and other societal cliques. These cliques also reflect themselves as an extension of how superficial modern methods of communication is among humans.

The movie also tries to engrave a powerful message by roping in a protagonist in Gene, a ‘Meh’ emoji who simply doesn’t want life to be about ‘meh’. Voice by TJ Miller, Gene gets ostracized for his lack of conformity. To simplify the plot, Gene must get help from a hacker called ‘Jailbreak’ voiced by the star of the ‘Scary Movie’ series of films, Anna Faris. Gene also has help from the obvious, wisecracking, quirky and cliched sidekick, the Hi-5 emoji.

The film may stand out somewhat in its own right if it’s not compared to the formulae used by animated movies all the time. ‘Emoji Movie Characters’ might be blamed for borrowing heavily from ‘Inside Out’. The movie can be credited with some funny moments in the aforementioned first half, where it tried tickling the funny bones while depicting life around ‘Textopolis’. Sadly, the good times fizz-out. All would have been fine if it at least ran the whole mile with any singular, concrete idea. Rather, ‘The Emoji Movie’ just strung together cliched plot elements that tried driving the message home half-heartedly. 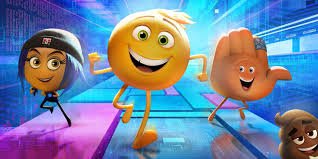 The expectations riding on an ambitious film project that gives life to toys and cartoons on the silver screen is nerve-wracking. Time-tested veterans have both succeeded and failed at building movie renditions of toy, comic and cartoon franchises. Take the GI Joe movie for example. The first one ran like a comic caper with a good amount of actions and explosions. However, the second one in the lineage dropped the ball by trying to make it hit with storylines that took a detour from the original and a star cast that tried to rethink old favorites in their own personal image. The same can be said for ‘The Emoji Movie’. Emoji Movie Rating is also very bad It had the potential to be a surprise hit or even a sleeper hit at best but it was merely an imitation. And that’s saying a lot because it hardly was the finest form of flattery.

Accordingly, to The Emoji Movie Review The first 40 minutes you may lull yourself into believing that this is good for a fun time watch. But then you spend a whole hour and a half pining for the time that could have been spent watching an old cult favorite flick instead!