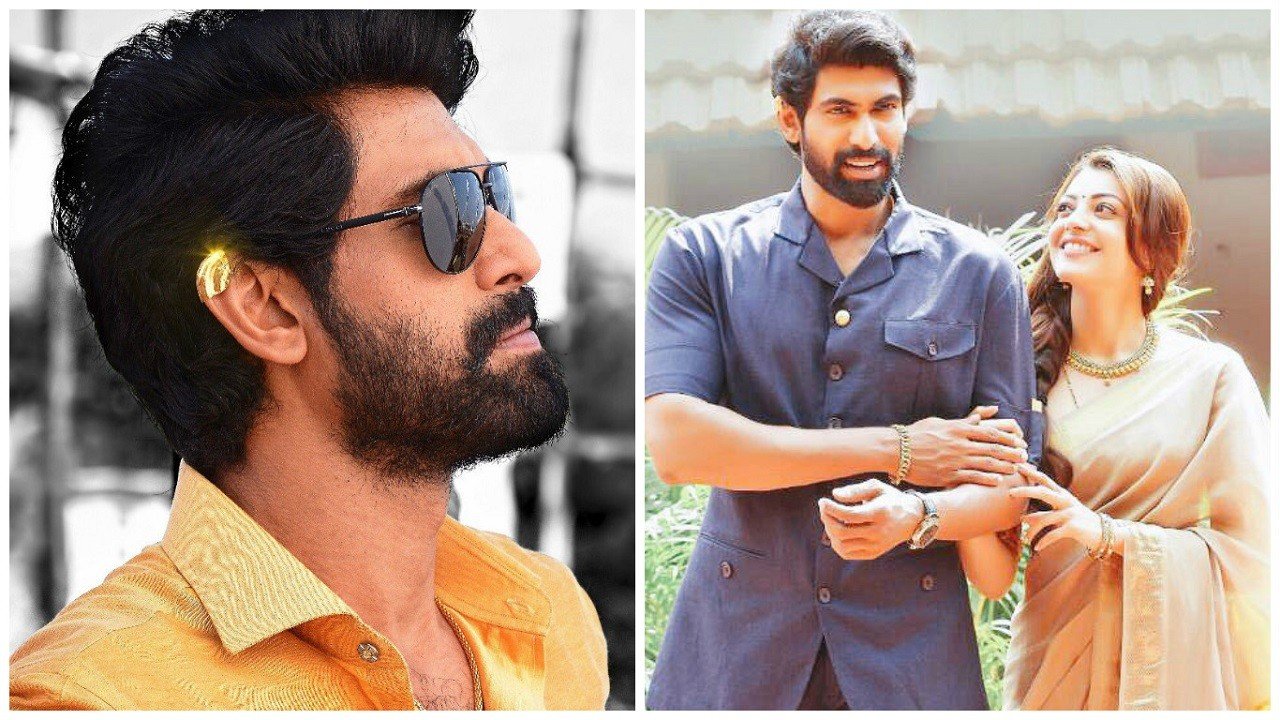 Following the back-to-back successes of Ghazi and Baahubali 2, expectations are quite high on Rana’s Nene Raju Nene Mantri. Teja, who is eagerly waiting to bounce back with a solid hit, has directed NRNM. Kajal pairs up with Rana Daggubati Latest Release Nene Raju for the first time in this movie which has hit the screens today after a huge round of promotions. Let’s see how it fared. 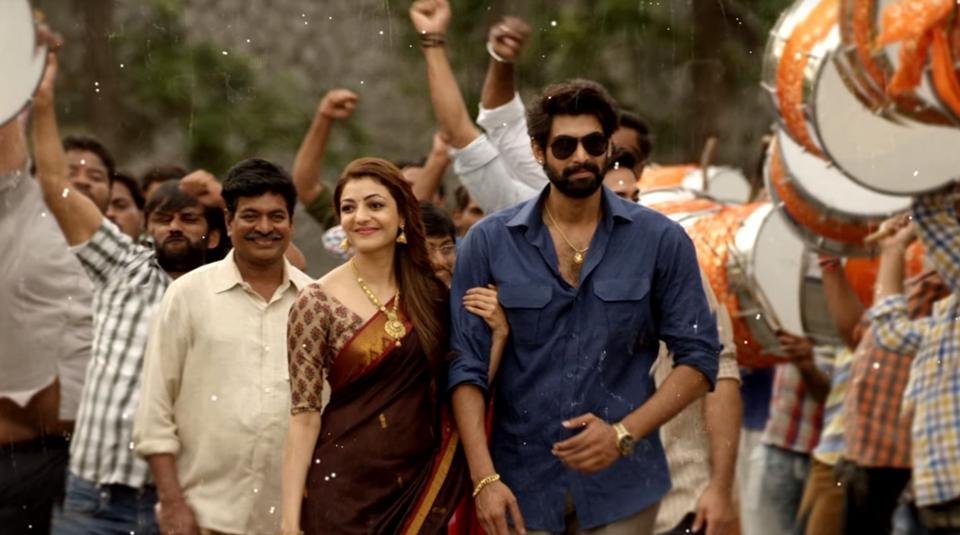 Raju Nene Story is set in Uravakonda village in Rayalaseema. Jogendra (Rana) is a good-natured financier. He loves his wife Radha (Kajal) so much that he rechristens his name as Radha Jogendra.

An unfortunate incident involving the village Sarpanch (Pradeep Rawat) and his wife results in Radha’s Miscarriage. Jogendra avenges the injustice by becoming the Sarpanch. A series of dramatic events motivate Rana to become an MLA and then a minister before he sets his eyes on the Chief Minister’s chair eventually.

Can Jogendra overcome the impending powers that come in his way? Does his love for Radha remain the same in his lust for power and fight for survival? You need to watch the movie to experience the high-voltage drama. 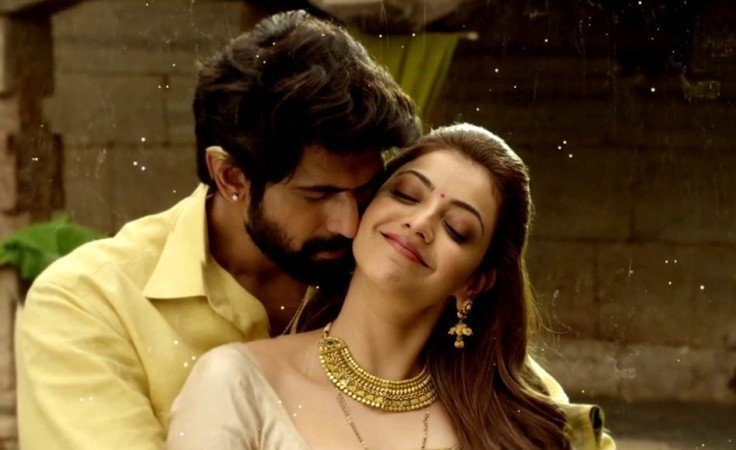 Performances and a dramatic narrative are the major highlights in NRNM. Rana surprises with his menacing performance as Jogendra. He effortlessly transforms from being a kind-hearted village man to a dreaded politician who lusts for power. His performance in emotional scenes shows his maturity as an actor.

Kajal Looks Gracious in Traditional Sariee. Her chemistry with Rana in romantic scenes and her emotional performance in a few confrontational scenes with Rana and the pre-climax scene is a treat for her fans. Catherine Tresa as an egoistic media baron, Devika Rani, who falls in love with Jogendra is quite impressive. Navdeep as Rana’s trusted lieutenant has a substantial role and he plays his part with elan.

Seasoned actors like Ashutosh Rana, Posani, Sivaji Raja, Ajay, Tanikella Bharani and others bring in high-voltage drama to the narrative with their commendable performances.

After a long time, Director Teja has come up with a racy and riveting story that is filled with intense drama right from the word go. Certain scenes that elevate Jogendra’s heroism bring back glimpses of the vintage Teja we have been missing all these years. The way he sticks to an unconventional ending laced with a strong social message is praiseworthy. 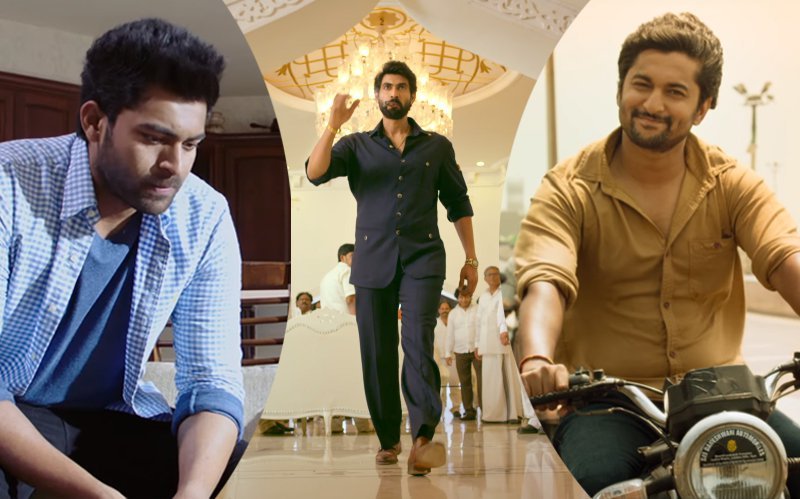 Can a simple village man become the state’s Chief Minister in 5 years? While the storyline sounds too superficial, Teja makes his narrative even more unconvincing at times as he takes too many cinematic liberties while showcasing Rana’s rise as a politician.

Even the climax scenes where Rana kills more than 200 MLAs and then the Supreme Court ordering a re-enquiry into Rana’s death sentence just moments before his execution defy logic.

Songs in NRNM are situational and serve the purpose of carrying the story forward. Anup’s background score elevates the mood and adds intensity to the proceedings, especially in the pre-climax and climax scenes. Dialogues by Lakshmi Bhupal are functional. He penned several punch dialogues that play to the galleries.

The film is shot realistically in natural locales. Venkat C Dileep explores the barren lands and the gigantic canyons in Kurnool quite well. Editing it’s adequate as it complements the movie’s flow. Production values are quite impressive.

On the whole, Latest Release Rana Daggubatti Movie is a conflict between love and power. What happens when a common man seeks vengeance and takes on those in power and how his ego destroys his life forms the main story.

The film’s first half is quite good with the racy screenplay and thrilling emotional drama. However, the second half leaves a lot to be desired as too many superficial scenes dilute the emotional experience. The climax of the film is a letdown.

You will surely enjoy this hard-hitting drama if you leave the logics aside. The film Rana Daggubati Latest Release Nene Raju offers a bit of everything to a wide range of audiences. Overseas audiences who encourage different movies will surely connect with NRNM. All said and done, the film’s box-office range depends on how well the movie lovers accept the Intensity of the Story and the Different Climax.