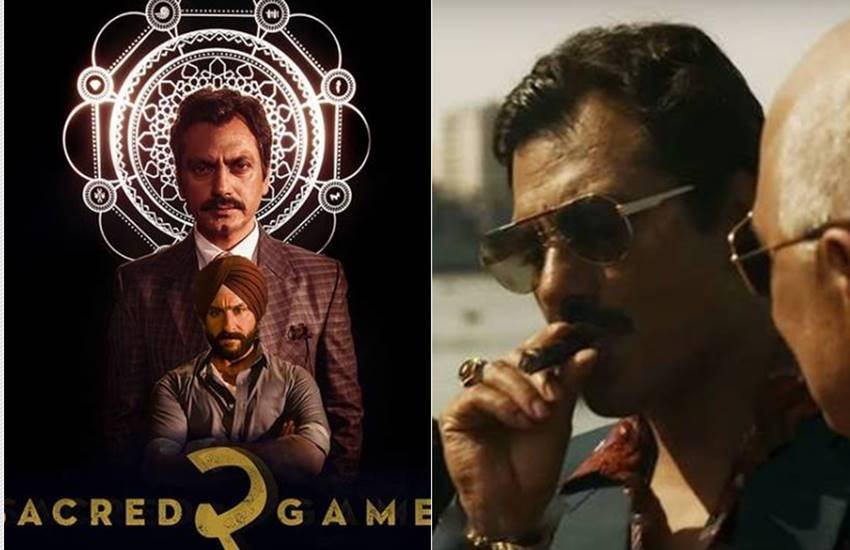 Hello everyone, as we all know that Sacred Games Season 2 has been released in India on 15th August 2019 in the Hindi language with English subtitles. So, as we watched in Season 1 that Police arrested Ganesh Gaitonde. And Inspector Sartaj Singh keeps continuing his investigation.

Read More: Top Bollywood Actresses Got faded Away From Industry

Here Sartaj Singh meets Batya Abelman and tries to get some information about Khanna Guruji (Ganesh Gaitonde’s 3 rd Father). Batya tells Sartaj that how she meets Guruji and Ganesh while she comes for attending the Guruji’s lecture. As how Guruji treats him. Here Ganesh comes at Guruji’s place to feel good. And he starts to feel sad during the Guruji’s lecture because he remembered about his past doings.

These things made him feel guilty this is how Ganesh killed his mother, Sartaj keep continuing his investigation and meets Guruji. And he finds all the information about Guruji. As Guruji starts telling him about his journey, this was how he became a Guruji from a Kid. He even tells him how he met Ganesh Gaitonde when he came to attend the meditations and lectures. And then Ganesh kills his 3 rd father Guruji when he loses his control.

At another side of this season, we found that Ganesh Gaitonde is preparing for a Nuclear Attack on Mumbai City. And a Nuclear Bomb is being prepared by his gang and dozens of scientists and professors are working on that project. In season 2, Ganesh’s timeline is so uncleared while Guruji’s not. Here Sartaj Singh is still investigating on Ganesh Gaitonde.

But all the storyline of Sacred Games is still around the Guruji and Ganesh Gaitonde. Indian Agency of Secret Investigation (RAW) is investigating the involvement of ISI with Terrorists’ Group and Shahid Khan on Nuclear Attack on Mumbai City. At the other hand, Sartaj and his team find the blueprints of that Nuclear Bomb. And they got ready to find that bomb but at last, of Episode 8 of Season 2, Sartaj got that Nuclear Bomb and he tries to defuse that with his Bomb-Squad Team.

Review for the Sacred Games 2

Everyone is glad about the acting of Nawazuddin Siddiqui and Saif Ali Khan as Ganesh Gaitonde and Inspector Sartaj Singh. This season has created suspense in Netflix Lovers’ and the audience’s brain that what is gonna be happened in next season of Sacred Games. Will Sartaj Singh be able to stop the Nuclear Attack on Mumbai City or he would be failed.
After all most of the people are thinking about Trivedi, most of the people have commented that “What happened to Trivedi?” or “Who killed Trivedi?” in season 1 it has become suspense for everyone.