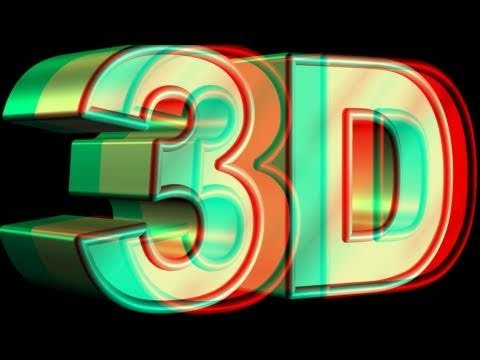 Nowadays, researchers find and create many things that always present in the imagination or dream only. Even they create things those are unbelievable to accept in human life. There are many real time examples exhibit the proof for this. Technology developed a lot these days when compared with earlier days. Today everywhere is technology thus bring human life into the technological era. With the help of technology, once can do anything that even thought as impossible to do. In this article, you are going to see about such a thing that is creating glass figurines with the 3D printer.

Scientists developed the new way for 3D-print objects with the help of glass. This new technique used to build very small optical components for complex computers. Researchers from KIT (Karlsruhe Institute of Technology) in Germany mixed a small amount of liquid polymer and high-purity quartz glass nanoparticles. Then they allowed the mixture to cure via light at certain points using stereolithography.

The stereolithography is a kind of 3D-printing technology that used to create prototypes, patterns, production parts, and models in a layer-by-layer manner with the help of photopolymerization. The photopolymerization is a process through which light causes molecules chains to link that forms polymers. The material that remains a liquid washed out in the solvent bath, which leaves the desired cured structure only.  Still, the polymer mixed in this glass structure that later removed via heating.

Get the compact shape:

Initially, the shape resembles pound cake, still, it is unstable, and then glass sintered for final step (heat) that fused the glass particles to a compact shape. There are many numbers of 3D-printing techniques available up to now used on metals or polymers but not often on glass. This is because glass processed into structures, for example by melting and application using nozzle the surface turned out into very rough and the materials contained voids and porous said by researchers. Hence, the researchers introduced the new method with the innovation in materials processing in that piece of material manufactures is quartz glass of high purity with the relevant physical and chemical properties.

The glass structure exhibits the resolutions in the sort of a few millimeters. One millimeter is equal to one thousandth of the millimeter. However, the researcher said that structures might have dimensions in a few centimeters range. The 3D-printed glass can use in many applications such as data technology. The next generation of the computer will use light that needs complicated structure processor so 3D technology can use. For example, in order to develop small or complex structure out of a big number of tiny optical components of various orientations.

As per the new study, intricate glass creation like tiny pretzels and miniature castles can now fabricate by 3D printing. Researchers said that one day this technique surely used to manufacture lenses for Smartphone camera and other glass components. The archaeological study suggests humans engaged glassmaking for millennia. Typically, the process needs harsh chemicals and hot furnace. Scientists investigated recently whether they can sidestep this drawback via 3D printing. The 3D printer is a kind of machine, which creates items from the different variety of materials like metal, ceramic, plastic, and other unusual materials like living cells. This device works through depositing material layers as normal printers lay down ink, but expect 3D printers also deposit flat layers on the top of every other in order to build objects in three dimensions.

So far, 3D printing is the only method for shaping glass and it also requires laser or heats the materials of temperature about 1000 degrees Celsius. In the new study of researchers, the product becomes very rough in both cases that not suitable for many applications.  Hence, researchers developed the new technique to fabricate complex glass structure by 3D printing called liquid glass. This method does not require harsh chemicals and it produces smooth and clear glass components sufficient for use as lenses and many other applications. Researchers hope that in just a few years, glass will become convenient to 3D print as plastic nowadays.