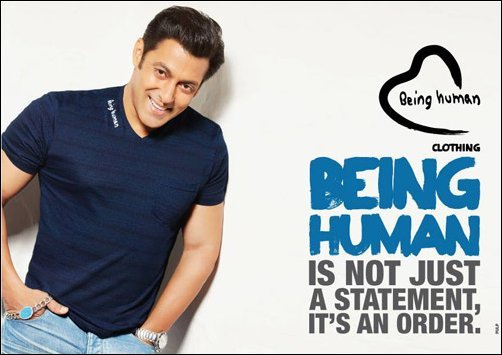 The Salman Khan Foundation is the renowned firm which is based on Mumbai’s charity that works in the field of education. And health care for India’s underprivileged people. Salman Khan, the Bollywood actor, and producer, was the founder of this foundation since the year 2007.

This helps a lot of people by its charitable activity; even its fund goes to educate 200 children who were studying in Akshara High School located in Mumbai. It helps in education over 300 students through Aseema which is a Mumbai-based firm not-for-profit. It supports the disabled people by giving them some training through the VEER Initiative Foundation. This foundation helped and trained 1909 people from which 1194 people got the employment with this they tried. And try to improve or set their programs as per their skills and career development centers. These are the things which are doing for charity by the foundation through Being Human Foundation.

This association serves for the people’s healthcare that means this organization’s foundation provides funding for treating children. These children are suffering from genetic heart disorders and craniofacial malformations. This Being Human Foundation provides drought relief in the state Maharashtra. They provide blankets for those victims who were hit in the flood in Kashmir. It conducts free eye camps that to give surgeries like a cataract. And they have conducted bone-marrow registration camps for donors in Mumbai. 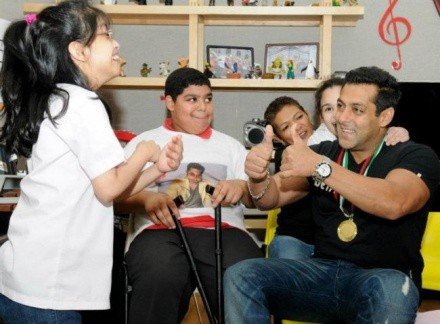 This foundation raised charity fund by the sales of clothes of Being Human brand and 8% to 10% amount gives to the people who are suffering from issues as mentioned above. The manufacturer and marketing of this foundation have been done by the Merchandiser Mandhana Industries. This gives revenue around 25 Crores INR in the year 2014-15 which was expected to rise in the year 2016-17 up to 3 Crores INR. The best thing about this foundation is that 25 percent of this brand’s revenues are coming from outside India. And a 10th of the revenue is coming from the online sales. And other rest interest revenues are coming from the local shops which are spreading around the all over India. 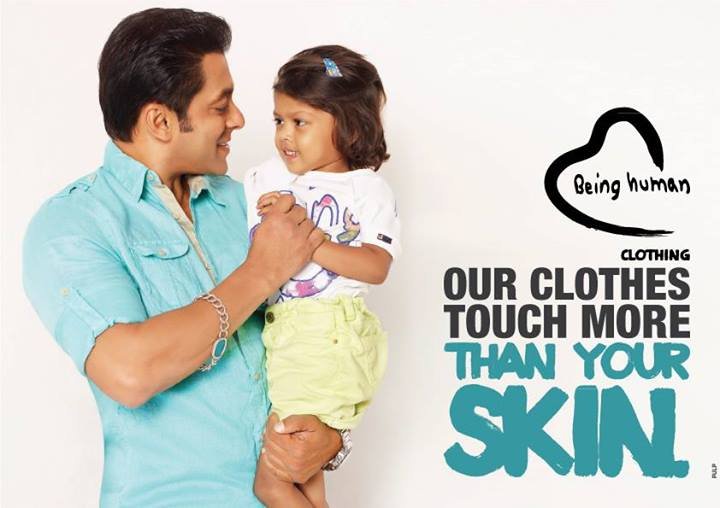 You can go and check the website of this brand’s Foundation such as www.beinghumanonline.com. On this site, you can donate some amount to this foundation and help a life to breathe on this cruel earth’s surviving process. If in case you want to give money to cheques or DD i.e. demand drafts then you can do that by sending Cheque and DD and send to the address:

If you want to donate, then you don’t forget to mention your PAN card number. You have to write correct address.  You can do support by financially only. The above link is not going to support any stuff or material will send to this address or through the post box. 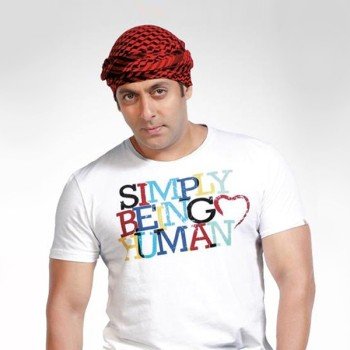 The Salman Khan NGO is a very little step to go more and more ahead. The people need our help to make them grow. This foundation has partners.  Those partners are Akshara High School, Aseema, Fortis Foundation, Maaya Foundation, Mandhana Industries Ltd., Marrow Donor Registry, India, and The Max Foundation. All these are a unit and working altogether which goes in a particular direction i.e. to help the people who genuinely need our financial support. There is no way for them to help on their own. Maybe sometimes our very little step bring someone into a new direction. And there is the chance to get stability in their lives just by our small help.

The Salman Khan is the biggest icon in the film industries who have a lot of fan following which shows his incredible performances in the recent era. He is the brand in himself who has very kind heart and a genuine person who thinks for everyone. He also brings many actor and actress to the film industry. Some say that this is just the apology Salman Khan made. Because he was stuck in the controversy to kill a deer but found not guilty. Salman Khan genuinely a good hearted person who thinks about those people for whom nobody would even care about. Many children are suffering from their sad part of lives, and this foundation is just providing a smile on their face and makes them feel alive again. 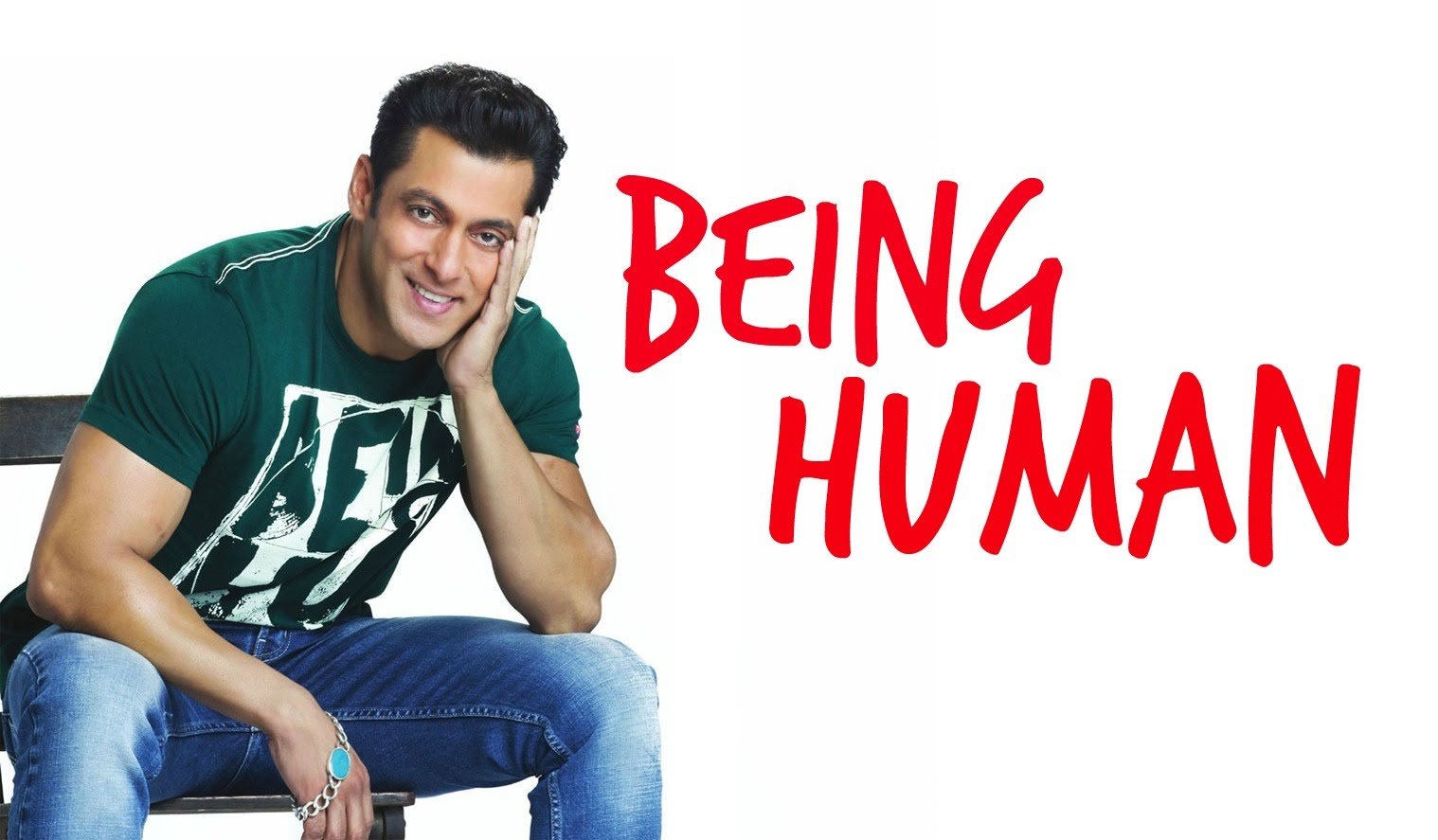 If you also do not want to help financially directly then you can help if you buy products of Being Human By Salman Khan, some amount of this purchase will go to the charity. Even Salman has opened his production company which is known for Salman Being Human Trust i.e. SKBH. And the money which will generate by its output will donate to the Being Human Foundation. Even he donates his all profit which comes from his movie Bajrangi Bhaijaan among the unfortunate or underprivileged farmers in all over the country India. There are several works which Salman Khan has done for the poor, army men, children, sick people, orphans, etc. who are weak and could not help themselves. Salman Khan’s numerous works will recognize by his deeds, and the media do not show even some of his charitable work.

The Being Human Salman Khan Foundation is reaching the sky day by day and becomes the latest trend in today’s world. It is purely working for the people they genuinely need help and Being Human has been become India’s latest and huge brand in itself.