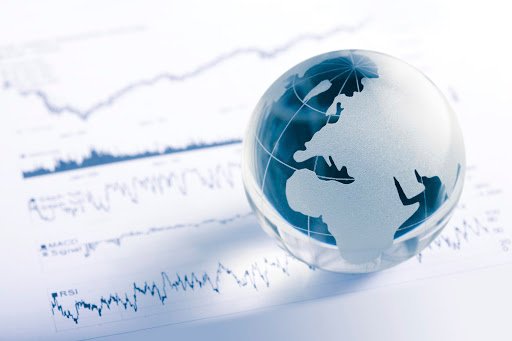 With the number of confirmed Coronavirus cases crossing 2 million globally, the deadly pandemic has the world governments on its feet.

With the number of confirmed Coronavirus cases crossing 2 million globally, the deadly pandemic has the world governments on its feet. As medical sectors have committed aggressively to finding a cure or at least a vaccine for the virus, global economy may dangle. Every other sector has taken a large hit too.

Markets have been falling continuously with little to no visible improvements, and a global economic crisis has already begun. Reports have been coming in daily from international financial agencies, and the news is barely positive.

Predictions by the IMF(global economy)

The International Monetary Fund (U.S.) expects the global economy to collapse by a whopping 3% this year. If true, this would be the steepest fall ever seen since the Great Depression ninety years ago. Over the next two years, the Fund predicts the cumulative output loss of at least $9 trillion.

At the World Economic Outlook 2020, the IMF did mention the possibilities of a partial rebound of the world economy by 5.8% in 2021. However, the agency also mentioned that its predictions are extremely certain, and markets could face worse outcomes if the pandemic doesn’t slow down.

IMF expects more business closures and a further 3 percent drop in case the pandemic runs longer than the second half of the year. Rising unemployment rates and possible second outbreak in 2021 could bring down the global GDP by another 5 to 8 percent. This means a consecutive 2-year recession that would be worse than the financial crisis that hit the world a decade ago.

Read More: 10 different Things to do in Lockdown Period

To avoid a total economic crash, G20 governments have promised to pool together $5 trillion towards reviving the numbers. Borrowing rates of major central banks have gone down, and many governments have relaxed the repayment of instalments for a few months to ease the public.

Asset purchases have been restarted, and the U.S. government has pledged $500 billion for industries that have borne the most grunt of the pandemic. The European Central Bank has also slashed interest rates for hard-hit zones like Italy, also promising to be flexible on the bond shares it purchases from each country.

G20 countries and financial institutions like the IMF and the World Bank have promised to extend support towards financially weaker countries. The African countries that produce oil and have poor economies are suffering the most, with borrowing costs soaring high and the oil prices crashing down, straining the already crumbling healthcare system.

World’s Factory Struggles to Bounce Back

While COVID-19 is wreaking havoc on other countries, the situation seems to be under control as of now in its originating country China. Travel and work are being resumed in the nation, but that is still no good news for China’s economy.

The great lockdown has forced countries to close their borders and reassess their financial allocations. Shops are shut and the demand has died down, striking straight into the core of China’s manufacturing industry. The inability to efficiently import raw materials for production has also added to the country’s woes. This year, China has seen the lowest Q1 profits in a decade, and more damage to its GDP is expected in the coming months.

Public health is the centre of attention for all the governments right now, with most of the budget being reallocated towards medical needs. But clearly, the current state of the global economy cannot be overlooked, and economists all over the world need to join hands to avoid the repeat of 1930.